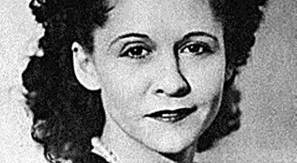 laire Phillips, the tough-living heroine of MacArthur’s Spies, did everything in her lifetime to cover up who she really was and how she kept alive in Japanese-occupied Manila during World War II.

Even before the war was over, Claire had created an image of what she thought the world would

accept — that she was the devoted wife of a man she had lost in the war. By the time a film was made about her life in 1951 — “I Was An American Spy” — the deception was complete. Claire was now an innocent widow drawn into battle and seeking revenge. She died at age fifty-two in 1960, a winner of the Presidential Medal of Freedom, but almost forgotten. READ MORE